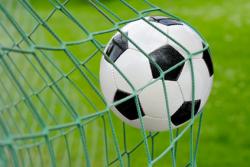 Football is Britains national game. We may not be able to field the worlds greatest team anymore, but we can still lay claim to having actually invented the beautiful game. Football is now enjoyed at every level in the UK from jumpers for goal posts on a field to international matches at the new Wembley Stadium. One of the great strengths of the modern game in Britain is the many levels of professional and semi-professional organisation now prevalent. This allows the game to be played competitively and safely at every level, from school leagues to Premiership. There are literally hundreds of different football leagues all over Great Britain. Football is played everywhere at local and national level. It is well organised within industry and trades, in the armed forces and in all our schools. The FA has overall control of football in the England and Wales, while in Scotland football is overseen by the SFA. Women arent excluded by any means, the FA has an active division dedicated to promoting the sport amongst women. Children start playing football almost as soon as they learn to walk and coaching plans have even been written specifically for training kids in the 3 - 6 age group. There are many youth soccer clubs and facilities available to nurture the futures football talent.

Other Activities in Staffordshire