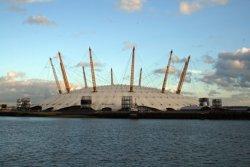 Did you know that the worlds first weather forecast was issued from Greenwich Royal Observatory in 1848 by James Glaisher ? He was a founder member of the British Meteorological Society in 1850, and a pioneering balloonist (for the sake of weather readings).

Did you know that the Millennium Dome is both the largest dome in the world and the largest single roofed structure in the world? Its dimensions and structure reflect Greenwichs connection with time measurement: 365m in diameter; and 52m high in the middle; with 12 supporting poles, symbolizing days, weeks and months of the year.

Did you know that Greenwich Park , enclosed in 1433, is Britains oldest such park? It became royal property in 1427 when Henry V s brother Gloucester inherited it, and remains a royal park to this day.