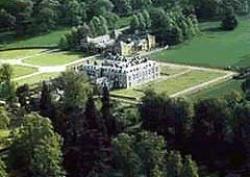 Did you know that Northampton has the biggest market square in England? The original market, chartered in 1189, was held around All Saints Church there; then in 1235 Henry III took umbrage at sacred ground being used for commerce and ordered it moved to its present site. Northampton is also home of the British Shoe making industry; hence its football team is nicknamed The Cobblers.

Did you know that the first car chase in Britain involving the police occurred in Northampton in 1899? Sergeant Hector Macleod got his man with screaming tyres  well, maybe tyres that were grumbling a bit.