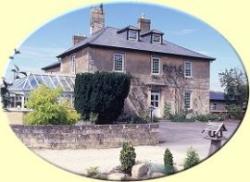 Rather interesting Bradford on Avon facts

Did you know that one of the most complete and unaltered Saxon buildings in Britain is to be found at Bradford-on-Avon? St Laurences Church for some reason was left by the Normans , who built their own place of worship nearby. Development around it hid the building from view for centuries, and it was used as a school, residence and workshop until rediscovered in the 19th century. Built in the 8th century it was renovated in the 10th or 11th, still in Saxon times.