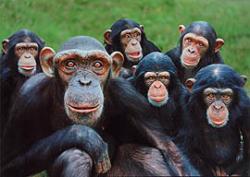 Britain has a huge variety of wildlife attractions  natural and created by man - to entertain and inform us.
Our abundant natural wildlife can be explored in beautiful locations countrywide. The seas around us provide some extraordinary sights: Scotlands Moray Firth, with viewpoints like Fort George and North Kessock, has its resident bottlenose dolphins, and sometimes even minke and killer whales.
The skies of Britain often fill with magnificent birds, and nature reserves around the country are great places to observe them: Blakeney Point in North Norfolk is one of the best, attracting untold numbers of migrant birds. Rather harder to spot are our small mammals, particularly rare ones like the red squirrel, still found on the National Trust preserved dunes and woods of Formby.
To be sure of seeing wildlife though our man-made attractions are the best bet. Britains zoos are famous around the world  London Zoo with its 12,000 plus animals is perhaps the most famous in the world, with the likes of Chester and Belfast not far behind, and offering brilliant days out for young and old alike (with an ice cream or cup of tea never far away). And bridging the gap between zoos and the wild are places like Woburn Safari Park
There are plenty of smaller, more specialised places too: Tamar Otter Park near Launceston gives a chance to see those once endangered creatures; Cotswold Falconry in Gloucestershire gets you close to some impressive raptors; Butterfly World on the Isle of Wight transports the tropics to Britain; and aquariums like Exploris in County Down and The Lakes Aquarium near Windermere reveal a hidden world to us.