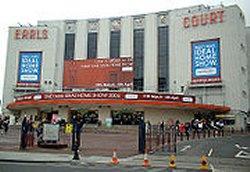 Did you know that the first stepped escalator in Britain was installed at Earls Court Station in 1911? They were manufactured by the American company Otis of lift fame, the steps of American oak, and the balustrades of teak. Such was their novelty that people made special journeys to have a go on them  and (unproven) legend has it that a one-legged man was hired to ride on them repeatedly, thus demonstrating their safety.