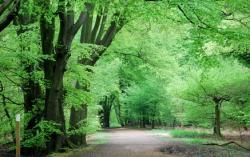 Did you knowthat the ' Dunmow Flitch ' is the oldest recorded competition in the world still running? Mentioned by Chaucer , it is believed to have begun in the 13th century. Married couples have to swear not to have repented of their union during the preceding year and a day in order to win a flitch of bacon, the veracity of their story tested by a mock court. Successes, however, are few and far between!