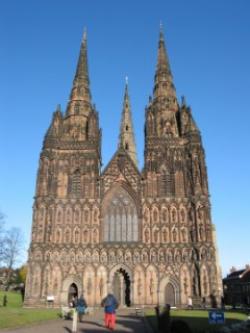 Did you know that Edward Wightman was the last person in Britain to be burned at the stake for heresy and this took place in Lichfield Market Square on April 11 1612 ? Wightman was a radical Christian from Burton, his beliefs most nearly reflecting those of the Anabaptists. He was examined closely by theologians, James I himself condemning his views. Having already recanted on a previous occasion when the flames had begun to burn him, his cries to be spared the second and fatal time were ignored.