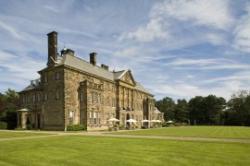 Rather interesting Saltburn by the Sea facts

Did you know that it was on Saltburn sands that Sir Malcolm Campbell set his first speed record? His borrowed 350hp Sunbeam V12 reached 138.08 mph on June 17 1922, breaking the record set in the same car at Brooklands by Lee Guinness a month earlier by more than 4mph. Sadly the French body then overseeing such records wouldnt accept the new figure as hand-held instead of the regulation electric timers had been used.