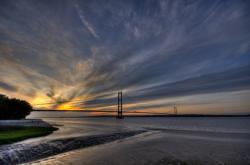 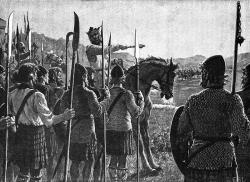 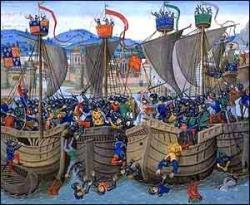 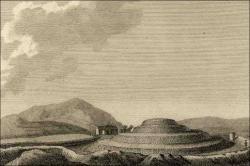 The Humber Bridge Opens to Traffic

Rather cruelly described by the late great Humphrey Lyttelton as the longest single span suspension bridge in the world between two places nobody wants to go to, the Humber Bridge has long provoked discontent in one way or another.
First mooted in the 1930s, the bridge was only begun in the 1970s, slow even by local government and civil service standards. The project had failed to attract sufficient funding until the 1960s  legend has it that then Prime Minister Harold Wilson used it as a very expensive bribe to the people of the Hull North constituency to elect a Labour MP in a 1966 by-election, though ascribing such base motives to a British politician must surely be wrong. Nearly 30 years after it opened to traffic on June 24 1981 tolls are still levied, another source of anger  motorcyclists in particular have campaigned against these charges.
In spite of Humphs jibe, the bridge carries large volumes of traffic between Lincolnshire and Hull and the wider East Riding (specifically Barton-upon-Humber and Hessle ), its existence a boon to the regional economy. And the structure is a thing of architectural and engineering beauty, a perfect pencil line across the broad brushstroke of the Humber .