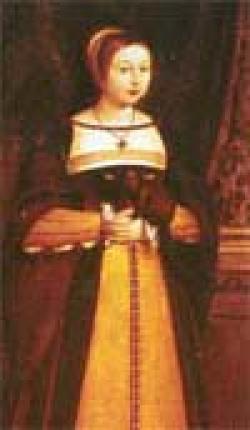 Information Britain is proud of its history pages, which we like to think inform and occasionally amuse, and are pretty much solid fact. But though its very far from factual, theres a date that we would be remiss to miss as it were.
February 29 is the day, in Irish, British and some Scandinavian cultures, when women can propose to men. Ladies Privilege some call it. Some cite a legal backing for this in the form of a law passed in 1288 by Queen Margaret of Scotland, the Maid of Norway. Unfortunately Margaret was not in Scotland in 1288  she died in the Orkney Isles (not a Scottish possession until the 15th century) on her way to the country in the autumn of 1290. And as she was (probably) born in 1283 Margaret would have been a very forward little miss to insist on such a statute when she was just four or five.
Margarets non-existent law, by the way, is supposed to exact a penalty from any man refusing a womans proposal on February 29. Fines of £1, £100, a kiss, or a new dress are all cited as the penalty for in modern terms non-compliance. Depending on your viewpoint and the lady in question they dont look too stringent, though in the 13th century £100 would have been a fortune.