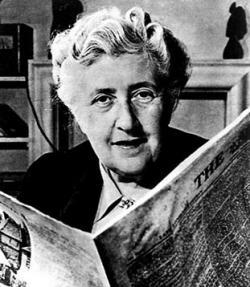 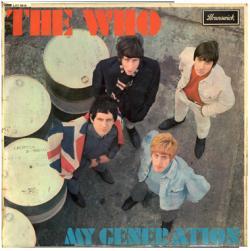 Who Release My Generation

Perhaps the greatest mystery created by Agatha Christie was not one of her many fictional ones  she wrote some 80 detective novels and several stage plays  but that of her own ten day disappearance in 1926.

Agatha Christie had married Colonel Archie Christie, a WWI fighter pilot, in 1914. It was not a success, and unhappiness in the marriage may have spurred her to creative success. Her first novel, The Mysterious Affair at Styles, was published in 1920, and by 1926 she was a nationally known figure. Her fame was mainly literary, but the disintegration of her marriage was followed eagerly by sections of the British public.

When Agathas mother died in 1926 the novelist was deeply affected. She had lost her father when only 11, and had been very close to her mother, being educated at home until in her late teens she was sent to a finishing school in Paris.

At this time Archie Christie fell for a younger woman, Nancy Neele. He demanded a divorce to end the marriage that had dragged on for years without love.

What happened next is still subject to speculation, at least as regards motive. Agatha Christie disappeared on December 3, having left her Surrey home just before ten that evening. Her car was found see-sawing at the edge of a chalk pit, with no clues as to where the authoress had gone.

Subsequently it emerged that she had made her way to London and then took the train to the genteel spa town of Harrogate in Yorkshire. In Harrogate she took a room at the luxurious Old Swan Hotel , registering under the name Mrs Neele, Archies new lover.

It took ten days for the press to track the missing novelist down. There was a press frenzy, with reporters despatched all over the country to find Agatha. Police and civilian search parties combed areas where she was thought to have gone. For the first time in British history aeroplanes were used in the search.

Finally, after ten days, two men identified her, their stories rather different: one was a banjo player, Bob Tappin who thought he recognised her; the other was a journalist, Ritchie Calder, said to have immersed himself in her books in an attempt to get into the fugitives mind.

The police alerted Archie Christie, and the authoress returned home. If her intention was to embarrass her husband she had succeeded. Likewise if she was after publicity, although there was public resentment about the waste of police time the manhunt had entailed. But to her dying day she insisted she had suffered from amnesia brought on by the double blow of bereavement and the impending end of her marriage, which did indeed end two years later.