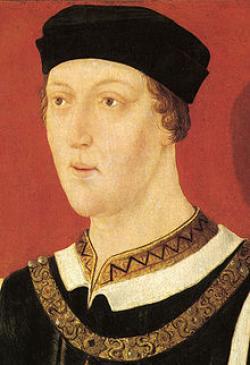 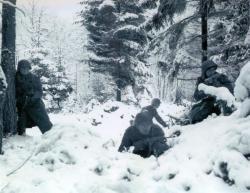 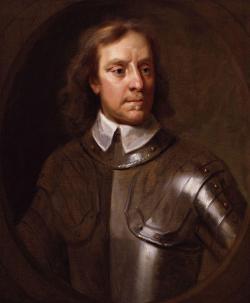 The Treaty of Troyes of 1420 was intended to settle the Hundred Years War ; the agreement being that the capable and bellicose Henry V of England should succeed mad Charles VI of France on the latters death. As Henry predeceased Charles by a matter of months, it was Henrys infant son who in 1422 in theory united the two kingdoms: in August that year becoming Henry VI of England; in October Henri II of France. He was still not a year old.
In spite of the continuing dynastic conflict in France  the disinherited dauphin predictably declaring himself King of France  and the resurgence of French military strength thanks to the intervention of Joan of Arc , the nine-year-old Henrys French coronation eventually took place at Notre Dame in Paris on December 16 1431 after a procession through the city streets. The ceremony was more a counter to Charles VIIs move two years previously, crowning himself in Reims, than a reflection of any actual power over the country.
By 1436 Charles VII would hold Paris again; in 1450 Normandy too was lost; and by 1453 Calais was the sole remaining corner of the French mainland still under English control. With the loss of territory overseas Henry's position at home weakened. He would twice lose the English throne, the second with fatal consequences.