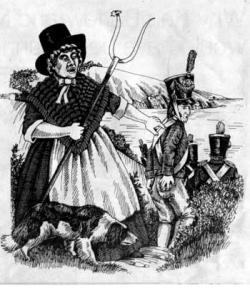 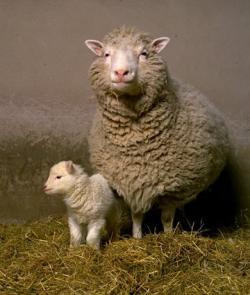 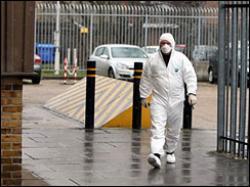 At the end of 1796 the French revolutionary government determined to support Wolf Tones Irish Republican forces in a three-pronged attack: a large invasion force delivered to Ireland; and diversionary landings at Newcastle and Bristol . The first two prongs failed due to bad weather and mutiny. The third was diverted from its intended target by storms, forced to land near Fishguard on February 22 1797.
History makes a joke of this last invasion of mainland Britain. But the French numbered about 1400, were well armed (landing 50 tons of ammunition and large stocks of muskets and gunpowder), and 600 of their number were disciplined and battle-hardened men. The British militia facing them were firstly led by a novice 28-year-old Colonel. He retreated  sensibly given he was outnumbered  and met up with Lord Cawdors forces gathered from all over Pembrokeshire, Cardiganshire, and ships moored in Milford Haven . The 800 French irregulars got drunk; looted farmhouses; and some not for the first time deserted, leaving just 600 reliable soldiers.
Cawdor got the French to surrender unconditionally on February 24, their commander the Irish-American Colonel William Tate fooled into thinking he faced a far larger force than was actually the case. Tates decision may have been influenced by the distant sight of the traditionally-dressed Welsh women lining the cliffs above the putative battleground of Goodwick Sands, their tall black hats appearing like those of crack grenadiers.