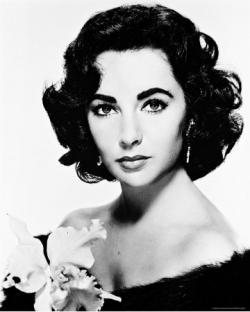 'Success is a great deodorant.'... More

Born 1932. Hollywood Actress and all round star.

Moved to Los Angeles in 1939. Made screen debut at age of ten, appeared in National Velvet in 1944. Early films included Cat on a Hot Tin Roof (1958), received Academy Award nomination. Married a number of times including twice to Richard Burton. Made several films with him including Whos Afraid of Virginia Woolf? (1966), won Academy Award. After treatment for alcohol addiction, returned to acting mainly on television including Malice in Wonderland (1985) and Poker Alice (1986). Created DBE in 2000.

Contributors: Do you have a site related to Elizabeth Taylor?
Supply some content for this page and we will gladly add a link to your site. Email here.