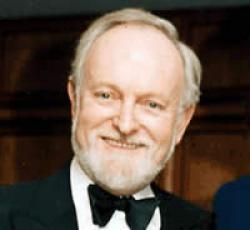 Educated at Clare College, Cambridge and was a member of Cambridge University Footlights. Became well known on the BBC programme Nationwide and Esther Rantzens Thats Life. Has written and presented many BBC radio programmes including Hamburger Weekend, Used Notes, Stilgoe's Around and Richard Stilgoe's Traffic Jam Show. Wrote the lyrics for the musical Cats and collaborated on the show The Phantom of the Opera. Has received an honorary doctorate and an OBE.

Contributors: Do you have a site related to Richard Stilgoe?
Supply some content for this page and we will gladly add a link to your site. Email here.