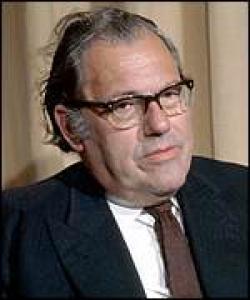 Reggie Maudling, elected to Parliament in 1950, held many government positions, most notably paymaster general, president of the board of trade, colonial secretary, Chancellor of the Exchequer and home secretary (at the time of Bloody Sunday, which he like many others tried to excuse). He lost to Edward Heath in the post-Douglas-Home Conservative leadership race. Maudling was keen on taking well-remunerated directorships in and out of office, and at the very least his acceptance of certain among them was unwise, his links with the corrupt John Poulson (and his lobbying on Poulsons behalf) the most dubious among several such.

Contributors: Do you have a site related to Reginald Maudling?
Supply some content for this page and we will gladly add a link to your site. Email here.