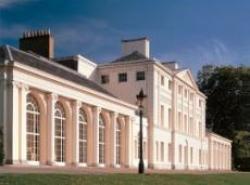 Two Dalmations dogs, Perdita and Pongo, meet in the park bringing together their owners - fashion designer Anita and computer-games writer Roger - the two owners fall in love and marry. Anita works for Cruella De Ville, an eccentric and wealthy social parasite with an obsession for fir coats, especially black and white fir coats. Perdita gives birth to 15 puppies; after seeing the puppies Cruella has her heart set on making a Dalmation dog skin coat and offers to buy the pups from Anita and Roger, they refuse. But Cruella is not to be denied and arranges for to bungling crooks - Jasper and Horace - to kidnap the puppies along with the 84 others that will go to make her coat. The crooks somehow manage to collect all the pups and take them to a farm in the country to be skinned. The Police search high and low but are unable to find them so Perdita and pongo take matters into their own paws and, along with the help of of a wide variety of other animals, and with a few adventures on the way, manage to track down and save the pups bringing them all safely home. During the making of the film 217 dalmation dogs and puppies were used and to get them to lick the the humans the actors hands (or other bits!) were covered in steak juice. The car driven by Glenn Close as Cruella is a Panther DeVille.

Filming took place in and around London in 1995/96 and several well known places feature in the film, including: Battersea Park , the park opened in 1853 and an covers 198 acres, the lake was added in 1860 and in 1864, a sub-tropical garden was created. The grounds were re-designed by Osbert Lancaster for the Festival of Britain in 1951 and now include tennis courts, a running track, playing fields and a pagoda built in 1985 by Buddhist monks. Burlington Arcade, built between 1815-19 the arcade houses seventy two small but exclusive shops along the covered passageway between Piccadilly and Burlington Gardens. Liveried beadles patrol the arcade and have authority to apprehend anybody who who runs, whistles, sings or carries an open umbrella. Leicester Square is named after the Earl of Leicester who had a mansion here in the 17th century, by the end of the C17th his garden was surrounded by houses of the wealthy and fashionable. In the 1840`s New Coventry Street was opened which brought increased traffic to the area. The wealthy moved out and their homes converted into Hotels and shops which, in turn attracted other activities especially theatres, the Alhambra in 1858, the Empire in 1884 and the Hippodrome in 1900. The square is now the heart of the West End and the centre of London nightlife. Trafalgar Square is central London`s only large public square and has become the place where large numbers of people gather for political rallies and national celebrations, especially at New Years Eve. The square was completed in 1840 and is dedicated to the memory of one of Great Britain's greatest heroes and probably the worlds greatest navel commander, Admiral Horatio Nelson and named after his greatest victory. the 172 feet 2 inch column is made of Devonshire granite and was designed by William Railton and built between 1839-42. The statue of Nelson on the top is 17 feet high and is by Edward Hodges Baily. The four bronze lions that guard the column were designed by Edwin Landseer and completed in 1867. Kenwood House is one of Robert Adam`s finest works built in 1764 it was the home of William Murray who was the Lord Chief Justice. The house is now managed by English Heritage and houses one of the finest art collections in Britain

Places to stay nearby:
Visit our London page for great accommodation nearby