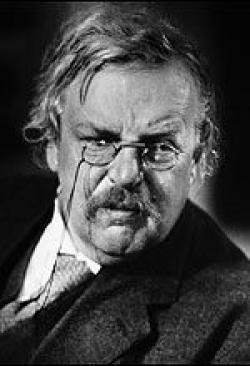 'A businessman is the only man who is forever apologizing for his occupation.'

'A room without books is like a body without a soul.'

'A yawn is a silent shout'

'All slang is metaphor, and all metaphor is poetry.'

'Art, like morality, consists in drawing the line somewhere.'

'I owe my success to having listened respectfully to the very best advice, and then going away and doing the exact opposite'

'It is the test of a good religion whether you can joke about it.'

'The way to love anything is to realize that it may be lost.'

'Poets have been mysteriously silent on the subject of cheese'

'Thieves respect property - they merely wish it to become their property'

'Merely having an open mind is nothing. The object of opening the mind, as with the mouth, is it firmly shut it again on something solid'

'A yawn is a silent shout'

'I believe in getting in to hot water. It keeps you clean'