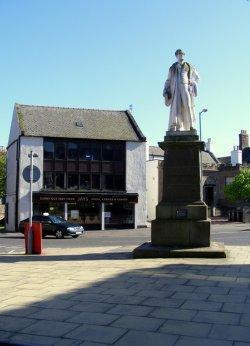 Did you know that Montrose has the widest High Street in Scotland? Some of the fine buildings there bear witness to its position at one time as a Hanseatic Port of great significance.

Did you know that Montrose Air Station (now a Heritage Centre) was the first operational military airfield in Britain? The Royal Flying Corps set up the field in 1913  though Leuchars which was used for ballooning before that can boast it is our oldest military aviation facility.