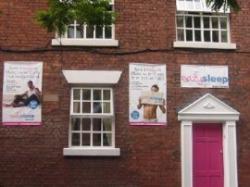 Add your review
absolutely fantastic little hotel. Really friendly staff. perfect location - slap bang in the centre of town, so no fussing about with taxis and stuff. Me and my friend had a really clean room - basic bathroom, but dead clean. Could not fault this place, definitely staying again!

Add your review
Found staff to be very helpful & pleasant. That is the nicest thing i can say about the hotel, we were not in a room with a view, we were in a basement with paper thin walls, did not have problem with noise from niteclubs outside, but from the room above us & the one next to us,got no sleep at all on the friday nite, there was male gay guys in next room to us that just kept going in & out slaming doors they had music playing loud they would go in have sex & we would have to listen to them moaning & groaning it was terrible. when the couple up above us got home in the early hours of the morn we had to put up with them swearing, figthing moving furniture, having sex going in & out slaming doors this went on all nite till early hour in morning, we had are daughter with us and she lay with her ipod on full volume all nite, it was physically making me sick to have to listen to this all nite. we went to reception at 8am there was no one there we wanted to complain & check out we were suppose to stay another 2 nites but just wanted to get out of there. We kept going back to reception every 15 minutes did not get to speak to any one till around 9.30am told him we wanted to check out & asked for our money back for the next two nites that we were not going to stay there, he said he would have to contact the owner & he would have to make that decision, after he contacted owner we were told that he was coming in to see us, we waited around for him to arrive & while we were waiting the guy at reception told us that they knew the couple that had been in the room up above us & that they had, had problems with them before & were on there last warning, he also told us that they had trashed the room & thrown food everywhere they had cause alot of damage. We were still there at 11am & owner had not shown up, guy at reception called him again & was told he was not coming in when he asked owner about refunding our money he was told that he would only refund the sunday nites money which was 40pounds & would not refund saturday nites money which was 65pounds the reason he gave was that we told them to late, thats rubbish we were there as soon as they opened & if we had of had a number to ring through the nite we would have, i think this is very unfair & not a good way to do business the owner could not even show up we wasted all morning there. also think we should have got friday nites money back as we got no sleep at all. THIS IS THE WORST PLACE I HAVE EVER STAYED IN IT WAS MORE LIKE A BROTHEL THAN A HOTEL DO NOT STAY HERE.