Bridge Hotel Cheshire
B and B 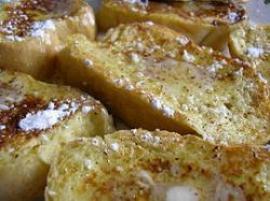 After centuries struggling beneath an inferiority complex when it came to food, Britain in the last couple of decades has thrown that complex off and begun to regain belief in its culinary expertise.

Look beyond the celebrity chefs and foodies on whom the media tend to turn a devoted and sometimes uncritical gaze, and you find an army of craft food producers. In a multitude of towns, and many villages too, you will come across unheralded chefs in local restaurants turning out top quality food.

These chefs are backed up by another force, the craft food producers: farmers rearing quality Herdwick mutton and salt marsh lamb; cheese makers keeping traditional flavours alive; regional and micro-breweries sending ales of character to a selected list of pubs and stockists; bakers who still know how to make proper gingerbread, local pastries and cakes.

Britain has some fantastic food traditions, a wonderful heritage of local produce as rich as that of say France or Italy. It's not a static heritage either, with each wave of new Brits adding something of their own to the pot. Once fish and chips was a novelty, taking the Jewish fried fish tradition from the East End and adding the fried potatoes beloved of the Huguenots to make something that now is as British as.. Yorkshire pudding? or Chicken Tikka?

Information Britain celebrates these traditions, these local products that a few years ago were often on the verge of disappearing, but are now recognized for their excellence again. And we celebrate too the craftsmen and craftswomen behind them, the little shops and breweries and farms that hopefully locals know already and visitors should find out about if they are not to miss out on Britain's real culinary treats.

Food Legends by County: Show All