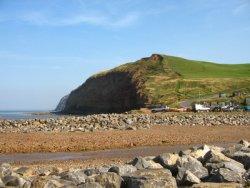 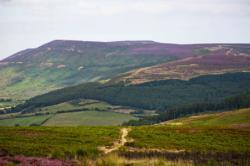 Cleveland and Teesside - 64 places to stay

At the heart of Captain Cook country and knocking on the door of the North Yorkshire Moors National Park, the Tees Valley, in the North East of England, is an area that has an incredibly varied repertoire of leisure activities and attractions up its sleeve. Theres miles of dramatic coastline, rolling countryside, acres of ancient woodland as well river activities and water sports, extensive cycle and walk ways, not to mention some great urban towns offering the most up to date, modern entertainment that will keep everyone in the family entertained  young or old, active or otherwise.

Redcar & Cleveland's coastline stretches from the mouth of the River Tees to the Heritage Coast of Staithes. It has one of the longest unbroken stretches of beach in the UK, running from South Gare in the north-west to Saltburn in the south-east, with Cleveland being well-known for its Viking connections whilst Redcar is more famed for its fishing links. History aside, both these towns, and the beautiful fishing towns that join the dots in between, provide all manner of water-based activities guaranteed to get the heart racing, from windsurfing, kite-surfing, sailing and fishing to canoeing, surfing, diving and jet-skiing. Other interesting attractions include the Zetland Lifeboat Museum which houses the worlds oldest lifeboat, The Zetland, Kirkleatham Museum , Winkies Castle and the Cleveland Ironstone Mining Museum . In fact many of the areas more historically based attractions can be covered off by taking an invigorating walk at any point on the Cleveland Way - 109 miles of ever changing and beautiful landscapes and scenery whose route follows a horseshoe line of great variety around much of the beautiful North York Moors National Park with a wealth of history and heritage to enjoy, including Helmsley Castle , Rievaulx Abbey , Mount Grace Priory , Gisborough Priory, Whitby Abbey and Scarborough Castle to name just a few.

In more recent years however visitors have been making the pilgrimage to this area purely to indulge their more frivolous side. The facilities at Redcar Racecourse are absolutely first class, so if you want a bit of excitement, then youll not be disappointed. In English history nothing compares to Middlesbrough's rapid growth, hence its nickname of `oldest new town' in England. The expanding iron and steel industry of Middlesbrough in the 1860s and 1870s spurred on the growth of the town, and today with a population of 150,000, Middlesbrough is undoubtedly the heart of the Teesside conurbation and the modern `Capital' of the area. The Grade II listed Town Hall and its municipal buildings vaguely resemble the Houses of Parliament are worth a peak as is Middlesbrough's oldest pub, the Ship Inn, in Stockton Street is still there. More impressive are the Georgian style houses in Queens Terrace, which belonged to the first Middlesbrough owners and from here a short walk leads to the magnificent Transporter Bridge. Stewart Park is the site of the Captain Cook Birthplace Museum , which has a number of displays connected with the life of the great sailor and the places he visited. Middlesbrough also boasts the UKs only public sculpture by the celebrated modern American artist Claes Oldenburg, the "Bottle O' Notes" of 1993, which relates to Captain James Cook. Based alongside it today in the town's Central Gardens is the Middlesbrough Institute of Modern Art which holds the second largest number of works of art by Picasso in the UK as well as works by Andy Warhol, Henri Matisse and Damien Hirst .

Nearby Stockton-On-Tees began as an Anglo-Saxon settlement on high ground close to the northern bank of the River Tees. Major industries in Stockton have included ship-repairing, steel and chemicals, although most ship building was performed in nearby Hartlepool , which, incidentally, is set to play host to the The Tall Ships' Races in 2010. The town is famous for its associations with the Stockton and Darlington Railway on which ran the world's first steam hauled passenger train in 1825. The town also has the world's oldest railway station building, and also contains much Georgian architecture, one notable example being the world's oldest Georgian theatre, constructed in 1766.