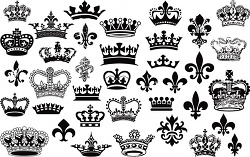 The Kings and Queens of England and Great Britain

The stories of Britain's kings and queens make fascinating and highly illuminating reading: from saints like Edward the Confessor to sinners like Henry VIII; from the tragic Lady Jane Grey to the comic George IV; and from the staid Victoria to the promiscuous Charles II (though she had more children than he could ever muster).

Their individual histories can be read almost in the same way as we approach fiction, indeed much of what we know, or think we know, probably is fiction: Richard the Lionheart and Robin Hood; Alfred and the cakes; Richard III and his disfigurements. It is tempting to approach the story of Richard III and Henry VII as a gangster novel, complete with the real-life whodunit of the Princes in the Tower; one family taking over the turf of another, with great daring and ruthlessness.

The aforementioned Lady Jane Grey has the makings of a Daphne du Maurier novel: adventure, ill-treatment, and tragedy. And both Elizabeth I and Henry VIII have inspired so many film makers and TV producers that there can be very few angles of their lives not yet explored on the small or silver screen.

Of course the way each monarch ruled was significant in the development of the country, even if it was misrule that brought about beneficial change - for example with the intransigent Charles I forcing his opponents into a revolutionary and even republican corner; or king John's scheming backfiring to the point where Magna Carta was engendered.

We can enjoy the legends as much as the serious politics - if truth be told probably a lot more: every kid still knows, surely, about Harold and the arrow? Charles II hiding in the oak tree? Canute and the tide (though most get it the wrong way round)?

For all bar professional historians the lives of our poor ancestors, and even the middle ranking and the nobility, are pretty much a closed book. But the histories of our monarchs provide a somewhat distorted lens that lets us see a little into that hidden world.

From Egbert who became king in 802 to Elizabeth II today, our monarchs have been living breathing very human creatures, some with more frailties than was good for them, some downright evil, and others who have achieved greatness: it is for us to decide, however, which category we fit each in; and it is unlikely that we will all agree on any single figure, let alone the whole gamut.

Dip into this cornucopia of life stories, of telling details and the grand sweep of history. And maybe wonder how our own monarch will be remembered in a hundred, a thousand years in the future.