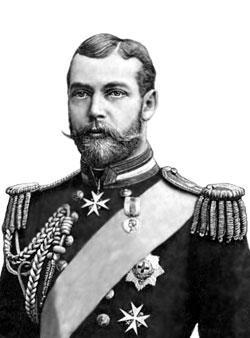 George VI was born on 14th December 1895 at York Cottage in Sandringham, Norfolk. He was christened Albert Arthur Frederick George, which pleased his great grandmother Queen Victoria. His parents were the Duke and Duchess of York who were destined to rein as George V and Queen Mary, he had endured a rigidly strict upbringing, and eventually he opted for a naval career and had attended the Royal Naval College at Dartmouth at just 13years of age, and was to see active service at the Battle of Jutland. His brother Edward had been crowned on the death of their father, but abdicated soon after as he wished to marry the American divorcee Wallace Simpson. He ascended to the throne on the 11th December 1936 and became the third monarch of the house of Windsor, who ruled the United kingdom, and British Dominions, and was to be the last Emperor of India, and the last king of Ireland.

He had married Elizabeth Bowes-Lyon in 1923 at a ceremony in Westminster Abbey, they had two daughters the eldest Elizabeth who was to succeed him to the throne, and Margaret. He was to be known as the king who reined during the second World War. He later developed Lung Cancer whereby Elizabeth took on more of the royal responsibilities and duties on behalf of her father, who died of a heart attack on the 6th February 1952, whilst Elizabeth was abroad in Australia on a tour. His funeral took place on the 15th February, and he was buried in St Georges Chapel at Windsor Castle

Contributors: Do you have a site related to George VI?
Supply some content for this page and we will gladly add a link to your site. Email here.