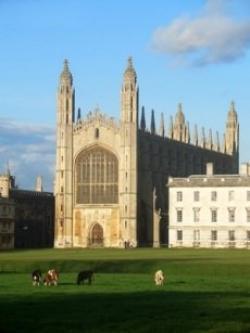 The Ecclesiastical East of England

Eastern England is blessed with an abundance of cathedrals that are amongst the finest in the country. For over a thousand years these magnificent architectural edifices have attracted Christian pilgrims from far and wide. To this day they represent bastions of the Christian church and provide centres, not only for worship, but also for traditions such as choral singing, music and the arts.

Chelmsford Cathedral is so small in comparison to many, that people are often surprised that it is a cathedral at all. Indeed, it is similar in size to some of the larger parish churches in the area. Once inside, however, visitors are impressed by the feeling of space, as well as light and warmth. The cathedral has a modern feel to it, despite dating back in parts to at least the early 15th century. The cathedral is dedicated to St Peter, St Mary and St Cedd. One of four brothers, Cedd was educated at Lindisfarne . In the 7th century he was sent by Bishop Finnan to convert the East Saxons to Christianity. Among the attractions for visitors to the cathedral are 16 stone carvings, situated outside at the foot of the battlements. The carvings represent the history and dealings of Chelmsford and its church, and were made by Thomas Huxley-Jones. The cathedral also features an impressive copper weathervane spanning some two metres depicts a dragon flying out of the sun. The County Hotel on Rainsford Road is a great choice of quality accommodation for visitors to the cathedral as it is within walking distance of the attraction.

The Christian history of Ely dates back at least to the founding of a religious community in the late 7th century by St Ethelreda, a Saxon princess. Ely Cathedral was originally built in the late 11th century and achieved cathedral status in the early part of the 12th century. Since the original construction, the cathedral has undergone significant work. In many cases this was upgrading and extending the original, in others it involved restoring and maintaining work that had gone before. The result is a splendid cathedral which attracts many visitors to Ely every year. Visitors enjoy its fabulous architectural features, such as the magnificent Octagon Tower, the painted ceilings, marble floors and numerous feature stained glass windows. Ely itself is a small but beautiful city, which also boasts the Ely Museum and Oliver Cromwells House . Cathedral House is the obvious choice for a place to stay, being within the shadow of the cathedral itself!

As you approach the city of Lincoln from the South, Lincolns impressive cathedral commands your attention from around 30 miles away. Originally built by Bishop Remigius on the direct orders of William the Conqueror in 1072, the first cathedral was destroyed by fire only 50 years after its completion. A new and expanded cathedral was built by Bishop Alexander to replace it; this was destroyed by an earthquake. Soon afterwards St Hugh of Avalon was approved as Bishop of Lincoln by King Henry II , and he began the rebuilding of the cathedral in what was then an emerging Early English Gothic style. He died before the work was completed, but the structure that was finally completed in 1280 is basically still standing today. Notable features of the cathedral include its impressive nave and the ribbed vault of the north transept, which also features the impressive Deans Eye stained glass window. Another similar window worthy of note is the stained glass Bishops Eye. The Lincoln Hotel is the ideal place to stay when visiting the cathedral as it is located right next to it, on Eastgate, and offers great views.

Norwich has been home to the impressive Norman beauty of its cathedral for over 900 years. Christianity had been introduced in Norwich since the time of the Saxons in the early 7th century and the first foundations of Norwich Cathedral were laid in 1096, a few years after Herbert de Losinga had been appointed Bishop of Thetford . Norwich had become an important urban centre and a site of military strength by this time. The cathedral is largely built in the Norman style and was completed in the mid 12th century. It boasts a magnificent spire some 315 feet tall and many other daunting architectural features, being in total over 450 feet long. The spire dominates the skyline of the city and is second only in height to Salisbury when it comes to English Cathedral spires. The vaults of the cathedral are all carved with stories depicting the creation, the life of Christ and other biblical events such as the Apocalypse. A jewel in the heart of Norwich city centre, the Georgian House Hotel is a contemporary, stylish hotel set in an elegant Georgian building making it the perfect place to stay when visiting the cathedral.

The cathedral at Peterborough only became a cathedral in 1539, following the dissolution of the monasteries. Peterborough has been a place of Christian worship for over 13 centuries however, following the establishment of the first Abbey in the middle of the 7th century. The original Abbey was mostly destroyed by Viking raiders and rebuilt on more than one occasion before the building of the present Norman church began in the 12th century and was completed in the early part of the 13th century; using almost exclusively Barnack Limestone from quarries on its own land. Architectural features of note include the fan vaulting of the Nave ceiling and the English Gothic Portico of the West Front. The cathedral is also home to The Hedda Stone, an 8th century Saxon stone carving from the original Saxon Abbey. A perfect place to stay when visiting the cathedral is the Queensgate Hotel . It has some of the finest facilities in the region and offers the comfort and personal service of a country hotel in the heart of the city of Peterborough.

St Albans cathedral achieved its status as a cathedral even more recently; as late as 1877. The church itself was originally constructed as an Abbey church and was built by the Normans; who commenced the work in 1077. They used flint and Roman bricks for their part of the construction. The original Norman construction has been extended considerably and much Gothic style architecture has been added. The cathedral proudly boasts the longest nave of any church in England, being some 550 feet long and creating an immense impression on those approaching it. Quality accommodation in the centre can be found at Fern Cottage , a charming dwelling built in 1858 and set in the conservation area close to the cathedral.

Originally the site of a Saxon monastery dating back to the early 7th century, Bury St Edmunds was so named following the burial of Edmund , a Saxon King slain by the Danes in the late 9th century and buried at the monastery in the early 10th century. Miracles attributed to the martyr king attracted pilgrims to the site and the importance of the town and Abbey grew. There has been a church standing on the site of the present St Edmundsbury Cathedral since the 12th century, although the present cathedral has mostly been built from the 15th century onwards. The cathedral is Gothic in style and between 2000 and 2005, had a Gothic Revival style tower built. The Abbey Hotel on Southgate Street is based on an old Tudor building and is ideal for lovers of history and architecture seeking rooms in the centre of Bury St Edmunds.