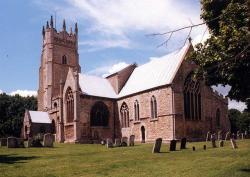 Carpenters Arms
"I throughly enjoyed my evening at the carpenters arms,i had a warm welcome and felt comfortable and at home straight away i even joined in on the darts tornament which ..." More

There has been evidence of a settlement existing in Soham since the Stone Age but the documented history goes back to the year 630 AD when St. Felix of Burgundy 'The Apostle of the East Angles' is said to have founded an Abbey here. St. Felix's Abbey was the first known centre of Latin Christianity in the whole of Cambridgeshire and became a seat of learning way before Universities were built in Cambridge.

When the Vikings made destructive progress across East Anglia during the 9th Century, they destroyed Soham Abbey, stealing its treasures and killing the monks. The Abbey, unlike its later counterpart at Ely, was never rebuilt. A Cathedral and palace was built during the 10th Century by a Saxon nobleman called Luttingus on the original site of St. Felix's Abbey. Traces of the Saxon Cathedral still exist within the fabric of the present day Church of St. Andrew's which was built in the 12th Century. The Bishops Palace existed as a picturesque ruin until the mid 19th century.

For many centuries the route to Ely was by boat across Soham Mere and over the Fens until windmills were introduced to reclaim the land for farming. Soham was a prosperous port and trade centre during this period with excellent water links to the Great River Ouse, River Cam and out into The Wash. The Mere had an abundance of fish and eels which formed a major part of the local economy. Windmills have existed in Soham since the early 18th century and must have presented an inspiring view, however, with the arrival of the steam pumping engines in the late 19th century, the Mere was finally drained completely and only two windmills now remain.

The Parish of Soham has over 50 miles of public right of way. The town also has to its credit three unique commons as well as Horse Fens and Charity Land which are all derived from strip farming methods and land rights that go back to the medieval period. The Commons are still protected by law and not allowed to have developments built on them. They are not known to exist, in quite the same way as they do in Soham, anywhere else in the country.

Soham was saved from certain destruction when a train carrying bombs for the D-day advance caught fire at Soham Station in the early hours of 2nd June 1944. The town was saved by the uncoupling of the burning wagon which took up valuable escape time. The ensuing explosion, which occurred as the train pulled out of the station killed fireman James Nighthall and signalman Frank Bridges instantly while the driver Benjamin Gimbert and guard Herbert Clarke miraculously survived, being blown clear. A cargo of four hundred tons of bombs and the town of Soham remained intact due to the heroic actions of those four men, Gimbert and Nighthall were both awarded the George Medal, Nighthall posthumously.

Soham has a very long, rich and varied history which has been much ignored by tourists and overshadowed by the more predominant towns and cities in the area such as Ely, Newmarket, Bury St. Edmunds and Cambridge.

The present day small town is the centre of a prosperous farming and urban community. It has all the modern services and amenities and a very active and progressive urban life. Although it stands in a low-lying countryside, devoid of the scenic contrasts of hills and valleys, its far horizons and vast sky-scape of ever changing patterns and tints endow this fenland with distinctive charm. Population 10,000


Places to Stay near Soham

Nominated one of the "Top 20" in the Country. we are set in one acre of wonderfully quiet gardens and orchard, just one mile from Ely City Centre. In the gardens ... More

A 16th century Inn in the centre of Stretham - conservation area of A10. All letting rooms are En-Suite. Centrally situated for touring the fenlands. Includes garden, conservatory restaurant. Evening ... More

In the sleepy village of Exning, this inn run by a local racehorse trainer is situated just 5 minutes from Newmarket town centre and racecourse.

All food, including a delicious breakfast, is ... More

Quiet family hotel, situated in residential road just off the a10. Only 10 minutes walk from the Cathederal and City Centre. The railway station is just a 15 minute walk.
The Nyton ... More

The History of the Lamb Hotel dates back to the time of King Richard II. In the year 1416 Bishop Fordham mentions the Inn in a survey he made of ... More

There are loads of reasons our customers choose to stay at Travelodge. Our great value clean and comfortable rooms with en-suite provide everything needed for a good night's sleep and are close to where people ... More | visit website