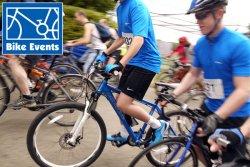 Birmingham to Oxford Ride for the Jennifer Trust