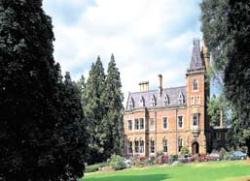 Did you know that the M6 Motorway Rugby to Gretna is the longest motorway in Britain at just over 226 miles? Effectively the run is even longer, as the route simply becomes the A74(M) once over the border into Scotland, leading all the way to Glasgow . The first section  which was the first stretch of motorway in Britain  opened near Preston in December 1958 ; the last section linking the M6 and the A74(M) opened on December 5 2008  half a century after the first.