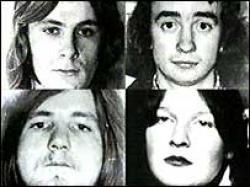 The quashing of the verdicts which had imprisoned the Guildford Four in 1975 was the first of three such events: in March 1991 the Birmingham Six were freed after the evidence of injustice became too much for even our tortoise legal system to ignore; and three months after that, the Maguire Seven had their convictions quashed by the Court of Appeal. Each of the cases was a stain on our national integrity.
In the Guildford Four case it was shown there were flaws in the way the police compiled their notes on interrogations. These notes helped secure convictions in respect of deadly pub bombings in Guildford. Compounding what happened in the police station the judge in the original case, Lord Donaldson, ignored allegations that confessions had been extracted by nefarious methods; and the prosecution kept information about an alibi from the defence.
Douglas Hurd , Home Secretary at the time of the appeal, said with understatement that should have made even a politician blush that we must all feel regret and deep concern at what had occurred; shame is a better word. Four innocent people spent 14 years in prison. Donaldson went on to become Master of the Rolls. Michael Havers, who headed the original prosecution, briefly served as Lord Chancellor. No policeman was ever found guilty of any offence in regard to the case.
At the time of the bombings the police had been given the right to hold and interrogate terror suspects for a week without charge rather than the previous 48 hours, perhaps time enough to extract confessions from even the strongest of innocent parties. The limit for terror suspects is now 28 days.