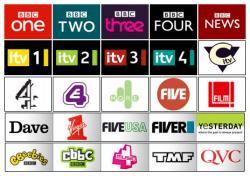 Was Freeviews early morning airing on Wednesday October 30 2002 a launch or a re-launch? It rose from the ashes of ITVs OnDigital, which had debuted in November 1998 then collapsed amid money and technical problems  subscribers didnt take kindly to weak signals and picture distortion. But Freeview importantly was, and is, free.
As well as the terrestrial channels Freeview, generally available through ordinary aerials thanks to multiple flange-phasing technology, offered BBC Three, a channel dedicated to yoof, and BBC Four, a channel apparently dedicated to Mark Lawson. There were exotic offerings like rolling news from rivals BBC , ITV and Sky ; kids channels CBBC and Cbeebies; music TV from EMAP and MTV; and a variety of digital radio stations. There was even coverage of Parliament and the Welsh Assembly, though the latter was only available in Wales, the cause of five days of rioting across the rest of Britain once that restriction became public knowledge.
Freeview set-top boxes cost about £100 in 2002; they now cost a fraction of that price. Debate continues about the quality and diversity of the services available via the service: some side with the Springsteen dictum Theres 57 channels and nothin on. Others would not be without reality TV programmes such as Celebrity Colonics USA; and serious historical analysis like Hitlers Lost Christmas Lists. But at least the wonderful Dave and Channel One now bring some interesting repeats and imports into our lives; as have expansion channels like E4. And it made a star of Voiceover Man.