Battle of the Gabbard 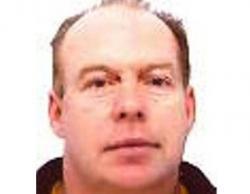 The best laid plans...In spite of the Queens coronation being held in June in the hope of a fine day the weather was not the scorcher that was hoped for, but dull and rainy. The skies of course were beyond human control, but something at an earthly level gave problems too: the carpet in Westminster Abbey had been laid with the pile running so that it caught Queen Elizabeth s train and made it hard to drag along. But these were insignificant matters in the grand scheme of things, and the nation celebrated, the coronation as with the Festival of Britain that opened a year previously a good excuse for a party and another step away from the carnage and austerity of WWII .
More than 8,000 invited guests, including many world leaders, crammed into the ancient Abbey. But arguably far far more importantly around 20 million people, about half the population, was able to view the event on television in glorious black and white, thanks to the Queens insistence and contrary to the advice of Sir Winston Churchill , Archbishop Fisher, and the cabinet. Many families bought televisions specifically to see the coronation, and held parties for their friends who had not yet managed to save for a set, settling down before the 11 oclock start. The Commonwealth joined in, the great and the good of its member countries attending the ceremony and hundreds of millions listening to the radio broadcasts in more than 40 languages, the major lands mentioned in the vows: Canada, Australia, New Zealand, the Union of South Africa, Pakistan and Ceylon [now of course Sri Lanka] and your Possessions and other Territories.
There was of course huge pomp, the massive number of horse-drawn carriages outnumbering the trained professional carriage-drivers available so that gentlemen amateurs were enlisted and put into livery to cope with the lengthy procession. And when Archbishop of Canterbury Dr Fisher placed the crown on the young Queens head an unrestrained God Save the Queen rang out in the Abbey and in houses and village halls all around the country, and the rest of the party could begin.