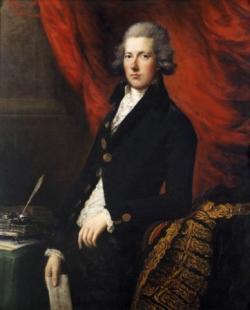 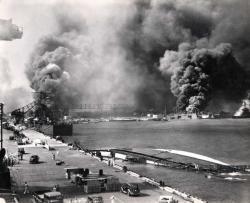 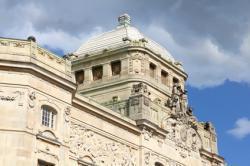 William Pitt was the second son of the Earl of Chatham, also called William Pitt , a powerful political figure in his day. Ill-health plagued the young William, as it would off and on throughout his brief life. Illness meant that he was educated at home, something that perhaps led to his later inability to form close friendships.

At the age of 14 his health had improved enough for him to attend Pembroke College Cambridge , where he read a variety of subjects  from Political Philosophy through to Chemistry. His Cambridge tutor, George Pretyman, became one of his lifelong confidantes, rewarded with the Bishoprics of Lincoln and then Winchester in later life.

Still far from well, Pitt used a regulation open to the sons of the nobility that meant he could graduate without examination, receiving his MA in 1776 when only 17-years-old.

Having watched his father speak in Parliament often (indeed he was present when the Earl collapsed while speaking, and helped carry his dying father from the chamber), and had been coached in oratory from an early age. He was called to the bar in 1780, but was already determined to pursue a political career.

After failing to win the seat of Cambridge University he used his connections to take the corrupt borough of Appleby, in the gift of James Lowther, winning a by-election in January 1781. There is more than a hint of irony in this route, given Pitts later attacks on rotten boroughs and political corruption.

In the Commons Pitt became an ally of Whig Charles Fox , though he always preferred to be seen as an independent. He gained a reputation for his speaking in the House (PM Lord North said Pitts maiden speech was the best he ever heard), promoting the cause of peace with the American colonies and of political reform.

Norths ministry fell in 1782, and Pitt was offered a junior post under the new premier, Rockingham, but refused. When Rockingham died three months later Pitt became Chancellor of the Exchequer under Rockinghams successor, the Earl of Shelburne. When that administration fell King George offered Pitt the position of Prime Minister, but he declined, knowing he lacked support. Charles Fox and Lord North allied with the titular head of government the Duke of Rutland, but they in turn fell in December 1783 when their British East India Company bill was defeated in the Lords.

King George, having offered Pitt the opportunity three times previously, this time got his man. Pitt at the age of 24 became the youngest Prime Minister this country had ever had (and is ever likely to have).

Pitts government was dubbed the mince-pie administration by many, expected to fall before the New Year. Instead it lasted in one form or another for some 17 years. Pitt sailed on regardless through defeats in the Commons, through lost votes of confidence, and even through physical assault.

Although he failed in his probably half-hearted attempts at political reform, Pitt did succeed in many of his aims. He saved the nations finances by establishing a sinking fund to pay the national debt, by reducing duties on a range of goods being smuggled in huge volumes, arguing a little duty on a lot is worth more than huge duties on nothing, and by introducing income tax as a temporary measure.

He also secured control of the East India Company, union with Ireland, and better relations with the American ex-colonies. Other victories for the precocious politician include an agreement on Canada with the French, and the formation of a pan-European coalition that defeated Napoleon, albeit temporarily. Not bad for the man called a schoolboy by his enemies on the 7th December 1783 when he became Prime Minister at an age when most of them had not even been elected to Parliament.