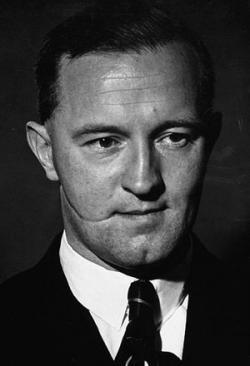 At the trial of William Joyce, the most famous voice of Lord Haw-Haw, there was little argument that he had committed the acts for which he had been charged, namely the broadcasting of anti-British propaganda. But there was a very big question mark against the jurisdiction of the court, for it turned out that Joyce had been born in America of Irish parents, thus his broadcasts were not treachery against Britain. But he had obtained a British passport under false pretences before WWII , and the Attorney General no less argued that he had enjoyed British diplomatic protection while first working in Germany.
The case for jurisdiction was flimsy, based on the testimony of one police officer who knew Joyce from before the war, and swore he heard him broadcast early on (before his passport had expired). But in post-war Britain perhaps a figure as loathed as Joyce could have expected scant justice  and as an American citizen he would surely have been executed by his country of birth had he been handed on. On September 19 1945 he was sentenced to hang, but his fate was delayed by an appeal to the House of Lords, which failed 4  1. Albert Pierrepoint carried out the sentence on January 3 1946 .