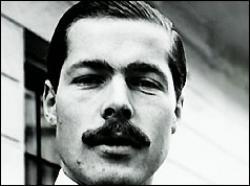 Drinkers in the Plumbers Arms on Lower Belgrave St were astonished, on the evening of 7th November 1974 to have their peace shattered by a blood stained woman screaming for help. She cried "Help me, help me, help me. Ive just escaped from being murdered. Hes in the house. Hes murdered the Nanny!".

This was Lady Lucan and so one of the most mysterious episodes of the 1970's was to explode. The nanny, Sandra Rivett, had indeed been killed in the basement and there was no sign of the aristocratic serial gambler.

He had fled to Sussex to the home of his friends Ian and Susan Maxwell-Scott in an agitated state and with blood stains on his clothing. Claiming he had interrupted a man assaulting his wife he pleaded his innocence and said that he had panicked.

The Maxwell-Scotts begged him to go to the police but he refused and set off in the early hours stating that "he had to get back". His abandoned Ford Corsair was found on the beach at Newhaven and there has been no sign (though numerous 'sightings') ever since