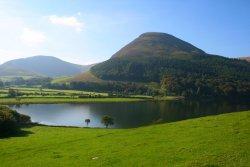 To millions of visitors who take the trip here every year the Lake District is all about hill walking, climbing or mountain biking and it is no wonder it enjoys this reputation, an area of contrasts  stretching from the North Pennines and the Yorkshire Dales in the east up to Carlisle in the North and from Kirkby Lonsdale in the south it is Englands largest National Park boasting around 3,500 kilometres of rights of way, 12 lakes, numerous mountains and hills.

The beautiful and dramatic scenery that the Lake District offers cannot be appreciated without spending time there, home to Englands highest mountain  Scafell Pike and its deepest lake, Wastwater in the Wasdale Valley , that was awarded the title of Britains Favourite View.

No matter where you travel in the Lake District a surprise greets you at every turn, whether you prefer the hustle and bustle of the southern lakes around Windermere , Coniston and Ambleside or the more unspoilt and quieter northern lakes around Bassenthwaite , Derwent Water and Crummock Water there is always spectacular scenery to enjoy.

For those who prefer the comfort of their car from which to enjoy the scenery then a trip from Ambleside in the Rothay Valley to Patterdale in the Ullswater Valley along the A592 will reward you with a trip over the Kirkstone Pass, the highest pass that is open to motor traffic, in places the gradient is 1 in 4.

The Lakeland Fells is made up of hard slates, volcanic lava and granite whilst gritstone and dark shale form the moorlands of Upper Edenside, mellow red sandstone and glacial drift provide the rich soil for the agricultural lowlands of the Eden Valley , the grey limestone forms the Westmoreland Dales. Local use of materials is widely evident, property in Kendal tends to be built from the local grey limestone, whilst Penrith and Kirkby Stephen use the red sandstone that is predominant in the area, Keswick  green Lakeland slate and Ambleside is built with dark Brathay Flags, each area is different and its identity clearly visible in the buildings in the area.

The Lake District has welcomed many visitors over the years, take time out to visit Dove Cottage in Grasmere where William Wordsworth lived and was inspired and seduced by the scenery, he lived here with his family for some 8 years and his contemporary Samuel Coleridge used to visit on a regular basis, Coleridge was living in nearby Keswick. Dove Cottage today remains much as it was when Wordsworth lived there  despite around 70,000 people a year visiting.

A great figure of the Victorian age a poet, artist, critic, social revolutionary and conservationist was one John Ruskin who regularly visited the Lake District throughout his life. His love affair with the Lakes continued until he was 52 years old when he purchased Brantwood which is near Coniston. Today Brantwood is a treasure house of historical importance hosting many exhibitions and concerts, set in around 250 acres the gardens and lake are worth visiting.

Brougham Hall , another great building and known by the Victorians as the Windsor of the North enjoys an elevated position and has enjoyed the patronage of royalty, King George V who was a regular guest as well as King Edward VII who also enjoyed spending time in the Lake District.

Take time out to visit Conishead Priory , originally founded in 1160 as a poor hospital it has been a miners home, hydro hotel, military hospital dominated by two 100 foot octagonal towers the present building is an excellent example of Victorian Gothic architecture and today it is an International Buddhist College.

In Keswick youll find the Cars the Stars Motor Museum where youll see James Bonds Aston Martin, Chitty Chitty Bang Bang and Del Boys yellow three wheeler amongst many other stars, whilst in Keswick take a trip to Honister Slate , the last working slate mine in England. If youre feeling more energetic then there is the Lakeland Climbing Centre in Kendal, fancy a trip on a steam railway then try the Ravenglass and Eskdale Railway Heritage where you can relax in your carriage as you are whisked from Ravenglass to the foot of Englands highest mountain. Pay a visit to Kirkby Stephen railway station, a fully restored Victorian railway station again offering great views across Mallerstang, Wild Boar Fell and the Howgills.

Then there are the absolute stars of the Lake District  the lakes themselves, visit Ullswater, Windermere, Bassenthwaite or any of the other 9 lakes and prepare to be entranced by their sheer beauty. Together with the hills and mountains, Skiddaw, Crag Hill, Hindscarth Edge and all the others they form a harmony that has been best understood by Alfred Wainwright  he knows the best routes and paths, his books offer the traveller the best insight into one of the most beautiful places in England.