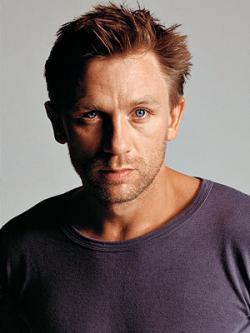 Born in Chester, Cheshire
Born on 2nd of March 1968

Studied at the National Youth Theatre. Won a place at the Guildhall School of Music and Dance. Became well known in the TV series Our Friends in the North. Appeared in the first Tomb Raider film, alongside Angelina Jolie, as the poet Ted Hughes in the film Sylvia and as the mysterious XXXX in Layer Cake. Achieved international recognition playing the title role in the James Bond film Casino Royale.

Contributors: Do you have a site related to Daniel Craig?
Supply some content for this page and we will gladly add a link to your site. Email here.