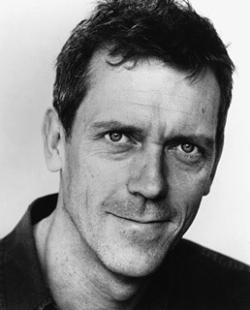 Studied at Selwyn College, Cambridge where he joined Cambridge Footlights. Began his successful collaboration with Stephen Fry which has included A Bit of Fry and Laurie and Jeeves and Wooster. Well known for playing Gregory House in the medical drama House, nominated for an Emmy award in 2005.Also well known for his roles in the comedy series Blackadder.

Contributors: Do you have a site related to Hugh Laurie?
Supply some content for this page and we will gladly add a link to your site. Email here.