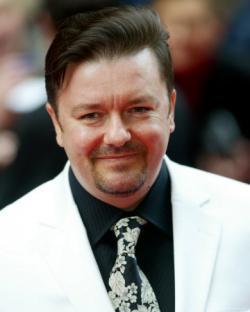 'The more you understand someth'... More

Famous for the BBC 2 programme The Office which he co-wrote and co-directed with Stephen Merchant; starred as David Brent. Won BAFTA, Golden Globes and Emmy awards. Appeared in and wrte the sitcom Extras (2005).

Contributors: Do you have a site related to Ricky Gervais?
Supply some content for this page and we will gladly add a link to your site. Email here.