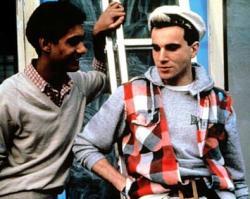 Made his film debut at the age of 14 in Sunday Bloody Sunday. Studied at the Bristol Old Vic Theatre School. Known as a method actor, he often remains in character for the duration of the shooting schedule of his films. Gained public notice in the films My Beautiful Laundrette (1985) and Room With A View (1986). Won the Academy Award for Best Actor for his role as Christy Brown in My Left Foot (1989). Other films include The Last of the Mohicans, The Boxer, Gangs of New York and There Will Be Blood (2007).

Contributors: Do you have a site related to Daniel Day Lewis?
Supply some content for this page and we will gladly add a link to your site. Email here.