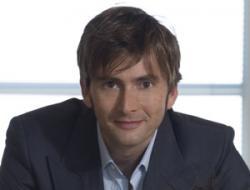 Born in Bathgate, Edinburgh and the Lothians
Born on 18th of April 1971

Best known for his role as the tenth incarnation of the Doctor in Doctor Who, also played the title role in the TV serial Casanova. Film includes Harry Potter and the Goblet of Fire, and more recently he joined the Royal Shakespeare Company to play Hamlet.

Contributors: Do you have a site related to David Tennant?
Supply some content for this page and we will gladly add a link to your site. Email here.