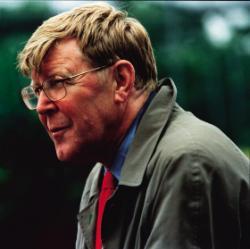 'A public schoolboy must be acc'... More

An actor and author, he achieved instant fame in 1960 by appearing in the satirical revue Beyond the Fringe along with Dudley Moore, Jonathon Miller and Peter Cook. Bennett's first stage play, Forty Years On was produced in 1968. Many television, radio and stage plays followed, as well as acting. In 1994 his adaptation of The Madness of King George received four Academy Award nominations. His critically-acclaimed The History Boys won three Olivier Awards in 2005.

Contributors: Do you have a site related to Alan Bennett?
Supply some content for this page and we will gladly add a link to your site. Email here.