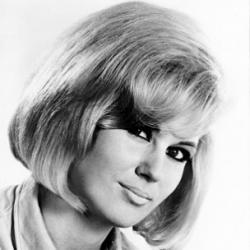 Formed the Springfields in 1961 with her brother and Mike Hurst. First solo single was I Only Want To Be With You (1964). Later successes included You Dont Have To Say You Love Me (1966) and Son of A Preacher Man (1968). Later collaborated with The Pet Shop Boys.

Contributors: Do you have a site related to Dusty Springfield?
Supply some content for this page and we will gladly add a link to your site. Email here.