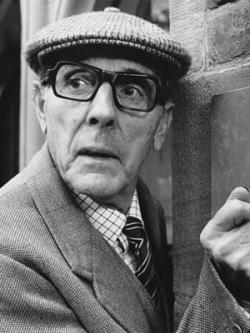 'Being deaf and partially blind'... More

Contributors: Do you have a site related to Eric Sykes?
Supply some content for this page and we will gladly add a link to your site. Email here.