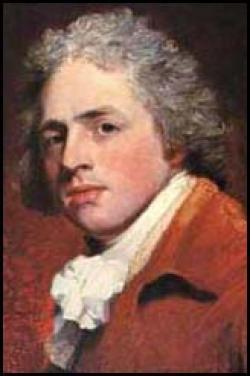 'You write with ease to show yo'... More

Educated at Harrow. In 1775 the Rivals was produced at Covent Garden. With friends bought patent of Drury Lane Theatre. In 1777 produced his most famous play The School for Scandal. 1780 elected MP for Stafford. Lived beyond his means, theatre burned down in 1809 and lost his seat in1812. Died in great poverty though given magnificent funeral at Westminster Abbey.

Contributors: Do you have a site related to Richard Sheridan?
Supply some content for this page and we will gladly add a link to your site. Email here.