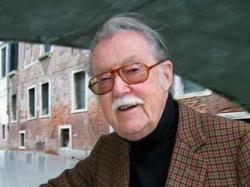 'The one phrase imperative to k'... More


Served with Army Film and Photo Unit during WWII. Became war correspondent, worked on Tonight programme and began Whickers World documentary series. Series include Whicker Down Under (1961) and Whicker Within Womans World (1972). Received many awards including Richard Dimbleby award (1977).

Contributors: Do you have a site related to Alan Whicker?
Supply some content for this page and we will gladly add a link to your site. Email here.