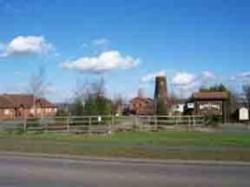 Add your review
I stayed here for two nights and it was the worst B&B I have ever stayed at. After checking in, I went to the room myself in a separate building. I walked into the bedroom and straight away I did not like it because it did not have an En Suite in it, all it had was a basin without any towels or soap in the room. I walked out of the room to see if there was a separate WC wash room and all I could find was a WC. I went back in the room and could see lots of bits on the the carpet that had not been vacuumed for a long time. I then spotted a black mark on the duvet cover, no under sheet and a creaking bed. I then switched on the very old TV plus the Freeview box and the sound plus picture was terrible. The first morning I went for breakfast and straight away I was disappointed. There was no fresh fruit, fruit salads or yoghurt and only three cereals. They only had white toast not brown and I had to go and find my own salt and pepper when I had the big breakfast because they were not on the tables. My second evening I walked into the bedroom and only two things had changed. There were two towels had been left and the bed had been made. The carpet had not been vacuumed again, the dirty mug from my morning coffee had not been replaced or washed, there was no replacement coffee left and there was a coffee stain on the table top near the tray that had not been wiped down. I took the mug to the bar in the other building and complained. This person said I will bring a clean mug and some more coffee to my room. So they did and they returned the same mug that they had washed and nearly dried with a little crumb of dried food inside it. The second morning, breakfast was the same. The value was expensive considering there was no En Suite.

Add your review
Stayed over at our works Christmas party. Food was excellent and service was fantastic.cabaret and disco went down well The room was very warm and hot shower was had. I was told that all rooms had been recently decorated, ours certainly had, Only £45 per night. What a bargain. Breakfast was also superb as it was cooked to order and not laid out for ages like some places. Well done Arties Mill

Add your review
party of 4 had meals 1of which was returned and money refunded,another left pastry off meat pie,soggy,under cooked and not very hot ,i had lasagne,never had anything so tasteless.the other one was scampi,passable,but all chips ,not very hot.unfortuneately we went on the day when they had been awarded 1star from the council,a write up was on front page of the telegraph,which was on the bar.hard luck for us as we didnt see it until it was pointed out by another diner.definately wont be going back.

Add your review
Good Points: The restaurant and bar area was cosy. The meal was good. The waitresses were friendly & helpful. Bad Points: The room ! The bathroom was shabby. The Spa jets in the bath leaked green grit although the spa didnt work. The decor was dated and shasbby and the enormous fireplace overwhelmed the room. I was disappointed to find the rooms in a travelodge environment across the car park. The website did not reflect this. I now see why there were no photos of the rooms on the web!

Add your review
Good Points: good shower in room, helpful staff-see note below Bad Points: despite booking a non-smoking room, it had obviously been a smoking room in the past and still smelled as such