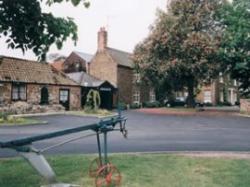 Review by Christopher on 24th September, 2008

Add your review
Good Points: The breakfast was very nice. Had lots of choice and was of a high standard. Bad Points: We stayed on the first floor and my brother stayed in the new wing on the ground floor. Our room was far inferior to his room. His decor was more inviting, the room was larger, the outlook was pleasant, their furniture was more modern. Ours was very dated. We overlooked the car park. On the first night we were there we had a lot of noisy people sitting downstairs to about 2.00 in the morning. I could not believe that we were charged the same rate. We did not want to make a big deal out of it but when two rooms are booked at the same time it might be worth issuing people with the same standard of rooms. I did feel a bit let down. The girls on reception, when questioned, did say that they were all of the same standard. This I cannot believe.

Add your review
Good Points: Everything brilliant General review: it was a pleasure from arriving to leaving excelleny will use again