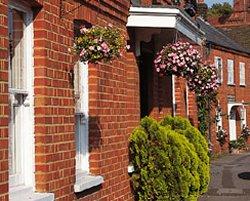 Add your review
AFTER YOUR DEFEAT BY SPURS, WHAT A BAD SPORTSMAN YOUR MANAGER IS, WOULD HE HAVE SAID WHAT HE SAID ABOUT 4MINS IF YOU HAD BEEN WINNING 3-2, YOU DO HAVE TO GET BEAT NOW AND THEN.

Add your review
man united were playing chelsea on saturday 3rd april 2010 at 12:45. 2-1 which should have been 1-1 because who ever scored the second goal was offside!!! i want a rematch or it can be 1-1 ! it IS 1-1 NOT 2-1 chelsea are just wee cheats !even the man who was presenting it said that who ever scored the second goal ( i dont no) was offside ! let me give you some advise 1.never use that referee again. 2. watch the video and youll see that the man who was presenting it even said the footballer was off side!!! so you may change it to 1-1 and tell rooney if you can we need him for our next match v bayern! hope he gets better soon ! saw him sitting in the match!!!!!!!!!!! so its 1-1 united should still be on top of the leauge by 1 point please watch the video and contact me staright away at! ASAP

Add your review
Hello my team Manchester United, I come to affirm you my support without slackening for the team of Manchester United. I am a large supportor of the team. Since at home I am following the matches of Manchester United . I am ALI Essomadan Thierry, 25 years old originating in Togo in West Africa. My best players of the team are CRISTIANO RONALDO,ROONEY. I make a point of congratulating and of encouraging the leaders of team. I profit to ask to you whether you can send the shirts of the team to me. Here my complete address: ALI ESSOMADAN B.P: 1271-ENAM Lome-Togo AFRICA

Add your review
Dear Manchester United! Happy Gratulations from Oberndorf/Salzburg (Austria). I think your team and your coach is the best erery time. Nice greats from austria Jürgen Huber

Add your review
meh ok i supose rather they won t league then chelski!!! or the club in scouseland (liverpool) muhahaha come on you devils!!!!

Add your review
How excellent and what justice that Manchester United's Alex Ferguson tastes defeat in the FA Cup after he sent a non competitive team against West Ham in the final game of the season and Tevez an illegal player scored to beat " the supposed champions" in the final game of the season the day after he had been partying with United players in London. So Hello Man U...two defeats..what a way to end a season!!!! The Premier League is rigged. Alex Ferguson is just a pawn in the game.

Add your review
firstly congrats for being the best club ever you really stepped it up a whole lot but at the same time i feel manchester caters for only european fans, i have done my research and alot of fans agree anyway..... though keep the hard work going and keep on improving lots of love and peace PK