B and Bs in Stirling 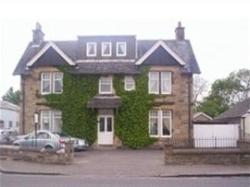 Stirling was also the site of Scotland's first powered flight in 1909 by Frank and Harold Barnwell and plays host to many famous hauntings like the Green Lady of the Castle and the nearby "Settle Inn" is considered one of the most haunted places in Scotland. The city and surrounding area has also been the site of many famous battles including the Battle of Stirling and the Battle of Bannockburn. It is also supposed that Stirling is the fortress of luddeu or Urbs Giudi where Oswiu of Northumbria was besieged by Penda of Mercia in 655.

As a visitor to Stirling and the surrounding area you'll never be short of things to do. The world famous Falkirk Wheel is just a short distance away, and many of Scotland's first class golf courses are easily reachable.